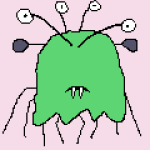 i grew up behind the orange curtain in outrage county (orange) and was greatly interested in plants and gardening in the mid to late 70's but drifted away from gardening. i joined the navy and was trained as an optical instrument technician. The Navy it turned out was not my calling but i used the GI bill to go to school where i studied everything and did not pursue a degree. By everything i mean, not in this order, history, economics, math, physics,and finally art after six years of lower division work i exhausted the GI bill and went to work in a bicycle factory. That ended abruptly one day and the next morning i got up, painted a painting and went back to school at Cal- Poly Pomona . i painted and made ceramics for two years and did nothing else in school. Having completed all the other possible degree requirements earlier, that second round was sort of like a graduate program. So i am an artist. i worked in a hardware store and painted in to the late nineties when i did a graduate program at the Southern California Institute of Architecture. For three years after SCI-Arc i lived at Cal-Earth where the building process Super-Adobe was developed. i moved back to Los Angeles and found the Bicycle Kitchen https://bicyclekitchen.com/ that has kept my attention for most of the last ten years. Well that tells you a little and really nothing at all. i have read One Straw Revolution, Gaia's Garden and other enlightening texts. We turned a rented back yard in to a substantial forest of many plants cutting swales and sheet mulching everywhere it made sense. But the landlord passed and the inheriting children had other ideas. Through all this time Ecology has never been far from my mind. Like a nut, i started telling everybody and anybody " If you do not, in the next five years, establish a direct relationship between the ground you stand on the food you eat. You will not survive the next fifteen." Well that was four years ago and i have not managed to do that so now it is' one and eleven.